This engineer enjoys every opportunity to innovate in project design.

Ricardo da Silva was born and raised in Pretoria, Gauteng. He attended Pretoria Boys High School and then proceeded to graduate from the University of Pretoria with a Bachelor’s degree in mechanical engineering in 2011. During his time at university he received a bursary from Hatch, and this is where his career in engineering kicked off.

Beginning his working life at Hatch in the mining sector was an extremely beneficial learning experience as he recalls. This however coincided with a drastic downturn in the mining economy and so projects became few and far between. 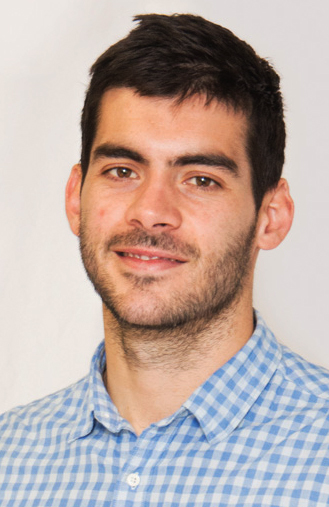 “As a junior engineer I needed practical on-site experience, which was difficult to come by during that time. I therefore moved to Delta Built Environment Consultants who operate predominantly in the built environment sector for a short stint, and there I was immediately involved in several impressive projects that provided me with invaluable experience. I then moved to Spoormaker and Partners and have been with the company since mid 2015”, he says.

Working at Spoormaker and Partners has ignited an innovative streak which has provided interesting and challenging designs that ultimately result in great value-add to clients. As a team member in one of the leading consulting firms in the HVAC industry, this has afforded da Silva the opportunity for involvement on many more renowned building projects which test both the limits of his knowledge and experience, and these aspects are what he enjoys most about his work.

Considering his hobbies and interests, da Silva has been an avid sports fan since his childhood and plays a variety of sports, including soccer and squash. When he is not partaking in sporting activities, he enjoys spending time with his wife and child, and further has travelled South Africa from coast-to-coast a number of times.

Without a doubt, he notes, the most significant career achievement to date has been the design and construction of the newly-opened Netcare Alberton Hospital in Gauteng (also featured in this issue). A large portion of the past five years has been dedicated to this project and there are numerous cutting-edge designs across all engineering fields that have been implemented at this flagship site.

Considering his view on where technology can take us in future, da Silva observes that HVAC technology has been increasing rapidly over the past two decades and he believes this should be at the forefront of any sustainability efforts.

“HVAC infrastructure consumes a tremendous amount of energy and we should try our best to reduce the impact it has on the planet. Building energy modelling and automation are two powerful tools that we use on a daily basis within the industry, and I believe it should be used to greater effect in order to optimise the built environment and strike a balance between a functional facility and the impacts onto the planet”, he concludes.