Smoke channelling screens are a worthy consideration to the overall performance of the smoke control system.

I ended last month’s column with a teaser for FRIGAIR 2018. Now, the exhibition is done, the seminars have happened, and all may be quiet on the western front.

We have been covering smoke barriers and their reference in EN 12101:1. With most smoke control systems, there is little appreciation for the requirements of smoke barriers, similar to the requirements for a driver’s license when transporting passengers at 140km/h in a sheet metal box along the yellow barrier line in peak-hour traffic. What purpose does the driver’s license serve? What purpose does the smoke barrier serve? Do either of these requirements really make a difference? How often do we, as individuals, sneak down the emergency lane because we feel we are suddenly ‘important’?

One should never mitigate the exclusion of a life safety component. Yes, there are times when the engineer makes decisions where the guidelines can be ‘massaged’ to achieve a solution through the application of physics. There is always the critical factor of functionality and over-exuberance. There is always the opportunity to evaluate the fire load in the building; not reducing a fire size from 5 000kW to 1 000kW. A decision of this nature changes the expression from ‘rationalise’ to ‘ration lies’.

How do we embrace the use of smoke barriers and use them not only to comply with the code, but produce energy-efficient systems that allow savings on the overall system? Perhaps an additional cost to a SHEVS system component will result in additional saving on the overall SHEVS project spend, including positive financial improvements on interrelated systems.

3.1.10 Channeling screen
Smoke barrier installed beneath a balcony or projecting canopy to direct the flow of smoke and hot gases from a room opening to the spill edge.
[prCEN/TR 12101-5 2006 Pg 10]

The fundamentals in moving smoke generated from a fire are:

Shopping malls are a high occupancy space; people are generally in a relaxed state. They become disorientated in the space, losing track of escape routes. Although signage is provided, one must never overlook the problems associated with panic and inquisitiveness. A shopping mall contains a diverse spectrum of ages — young energetic people happy to run at high speeds when evacuating, bumping and knocking into older people who are not as quick, perhaps in a wheelchair or supporting their movement with a walking stick. Cognisance must also be given to a pregnant mom or a single parent with two young children; managing their escape becomes challenging. Evacuation within the occupancy diversity can be slow.

When visiting shopping malls, I cannot help but notice the smoke ventilation systems. The easiest component to spot is the smoke barrier. The barriers are seldom, if ever, consistently aligned with fire separating elements. A smoke barrier cannot serve its purpose when installed to butt against a sheet of standard glass. In Figure 1, we investigate a few scenarios. 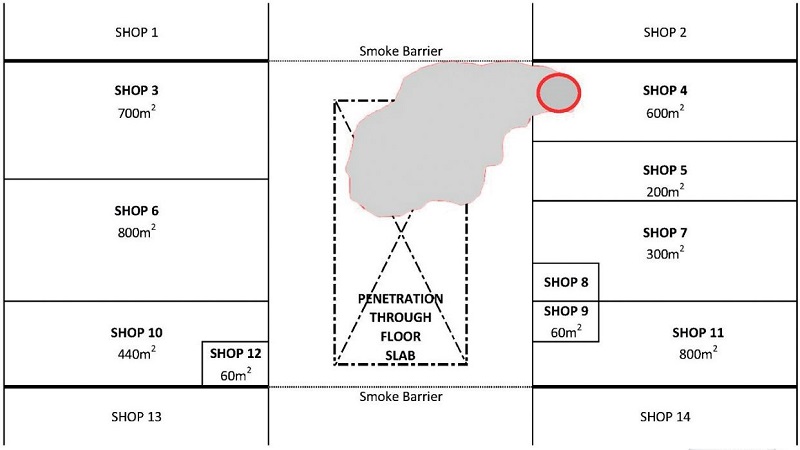 This is a correctly applied installation of smoke barriers. The barriers align with fire separating elements. This allows the line shops the principle of less than 1 000m2 to ventilate into a ventilated mall. The sketch is of a simple upper floor of a double-volume mall. The principles for a fire on the upper floor of a double-volume mall are identical to the principles of a single-volume mall. The smoke breaks out through the shopfront and rises between the smoke barriers installed, butting to a fire separating element. The smoke is successfully exhausted.

Smoke control starts to get a little tricky when either of the following two scenarios occur during the construction phase of the project. First, the level of the smoke barrier is changed for aesthetic reasons — we will leave this for another article. The second is the ‘letting agent’. The letting agent happily facilitates internal changes and moves the internal walls to secure a tenant. All too often the smoke barriers find themselves in no-man’s-land. 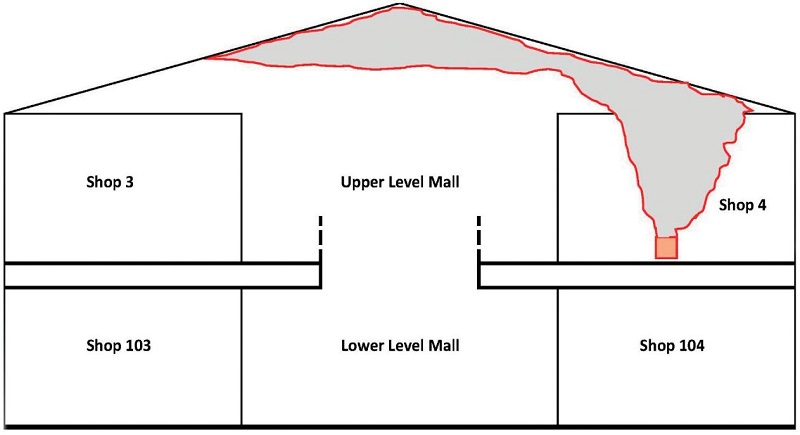 Figure 2 shows a sectional view of the possible smoke path of an upper-level mall fire. Note that the smoke has exited the shop directly through the ceiling; should the fire have broken through the shopfront, additional calculations will be required for the entrainment experienced by the smoke.

Figure 3 clearly shows the smoke barriers that do not butt onto a fire separating element — we draw your attention to Shop 11. A fire that now occurs in this shop breaks out into the mall; the designer has no control over which side of the barrier the smoke enters the mall. The possibility exists for the smoke to enter both smoke zones simultaneously. Immediately, warning bells should sound.

Smart engineering on fan selection without understanding the calculation fundamentals is extremely dangerous.

Assuming a powered extraction system is installed, the following questions need to be answered: 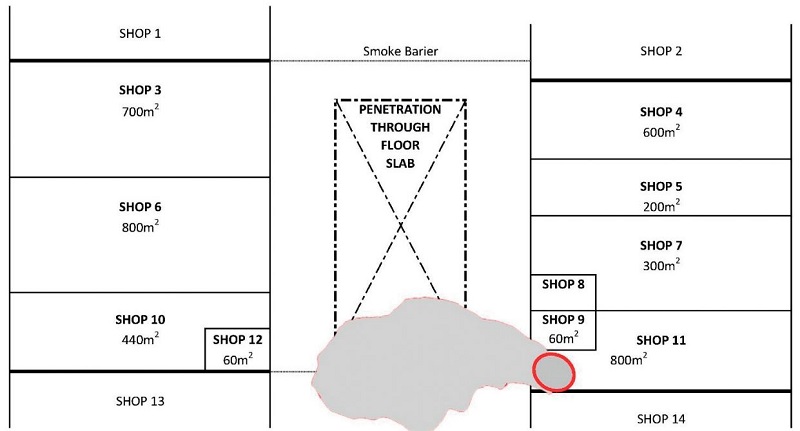 Figure 4 shows the possible smoke path as a result of the incorrectly positioned smoke baffles. 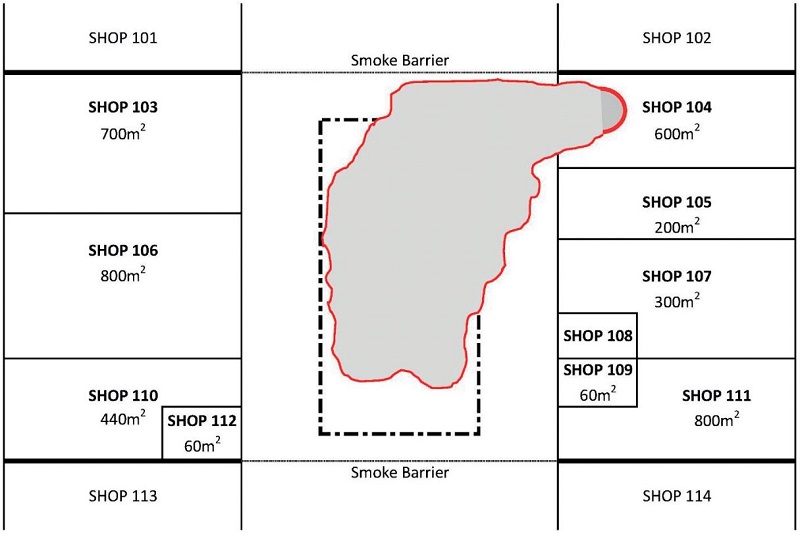 Figure 5 shows a fire in Shop 104 on the lower level. The smoke is clearly controlled by the smoke baffle and guided to the penetration in the slab over. The smoke now ventilates into the mall above and to the extraction system. It is important to note the entrainment experienced when the smoke travels over the edge of the slab. The designer needs to allow for this in their calculations.

Part 5 defines the spill plume as:

6.5 The spill plume
6.5.1 Commentary
The degree of entrainment into the rising plume, and hence the total quality of gases entering the smoke layer forming under the ceiling of the atrium space, is governed by four parameters:

The mass flow rate of smoke entering the smoke layer can usually be reduced by changes to (c) and (d). The length of the line plume can be controlled with the use of channeling screens.
[prCEN/TR 12101-5 2006 Pg 42]

Although the use of smoke baffles as indicated provide the designer with efficient control of the smoke plume, consideration needs to be given to the manner in which the smoke travels from one level of the mall to the other. Assuming the penetration is a 30m × 5m rectangle, a perimeter of 70m is available to the smoke to encourage entrainment. The longer the length of the entrainment edge, the larger the extraction rate required to maintain the desired clear layer in the occupied space. 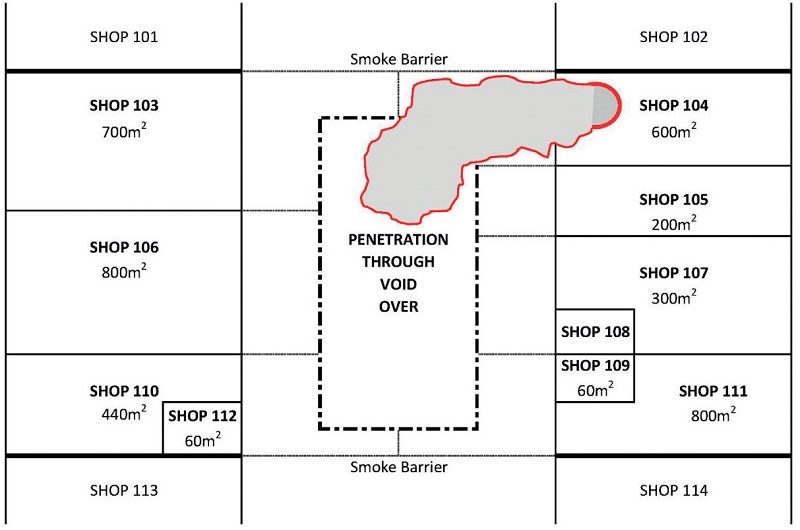 Figure 6 graphically represents the smoke pattern on the upper level of the mall, showing the clear advantages in the using of smoke channelling screens. The perimeter of the spill edge is drastically reduced, subsequently the reduction in the extraction rate. The other advantage from Figure 6 is the reduced area of contamination if the smoke is kept directly within the space of the shop that is experiencing the fire. There is good access for firefighters to attend to the fire. The volume of smoke rising to the level above is controlled, limiting the unnecessary cooling of the smoke. Besides reducing buoyancy, the lower volume also limits the potential for unnecessary smoke spread. 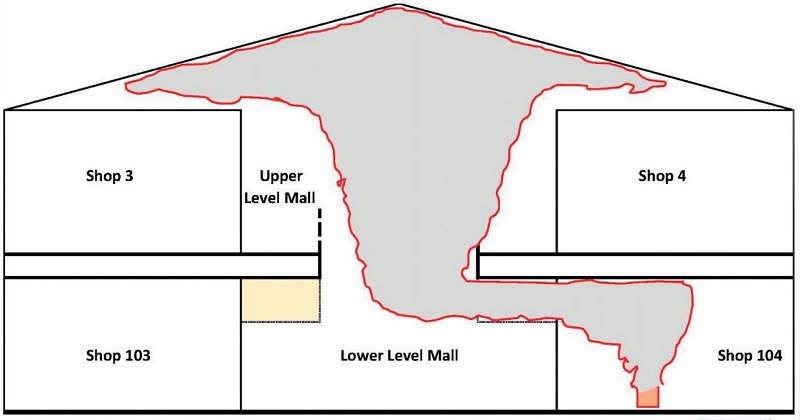 Figure 7: Sectional view through the mall.

Figure 7 indicates the effect that channelling screens have in a smoke control system in reducing the volume of smoke spilled into the mall. 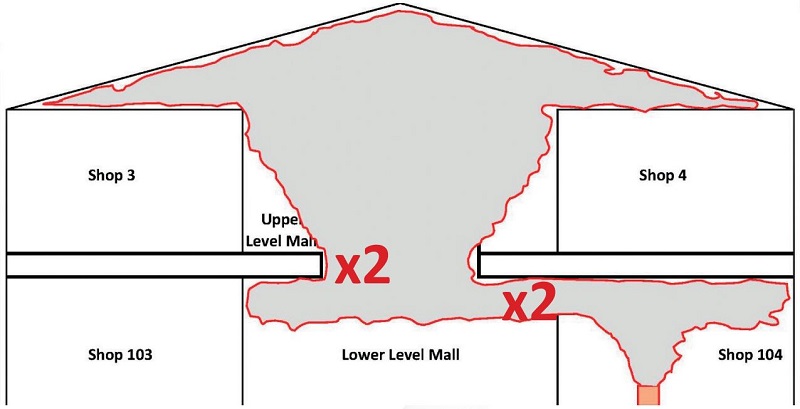 Figure 8 indicates the mathematical impact on the smoke extraction volumes without channelling screens. I am wary that a number published here will force thinking around an extraction rate; however, I do not wish to print values that can become rule of thumb. It is important to run dedicated calculations for each smoke ventilation system. A conservative approach in a standard two-level shopping mall would be to assume an extraction rate to maintain a clear layer of 3.5m on the upper level. Should the fire occur on the lower level, it would be approximately 75m3/s. This excludes any consideration for the entrainment experienced:

In conclusion, the savings experienced to the project by using smoke channelling screens are: 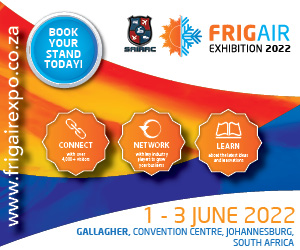