The UKs Environmental Investigation Agency and European Fluorocarbons Technical Committee have both called for measures to thwart the illegal trade in F-gases in Europe. In separate feedback responses to the European Commission’s F-gas regulation revision proposals, both organizations largely agree on restricting online sales of F-gases, the setting of minimum penalties across EU member states for non-compliance and EU funding for the destruction of seized material. 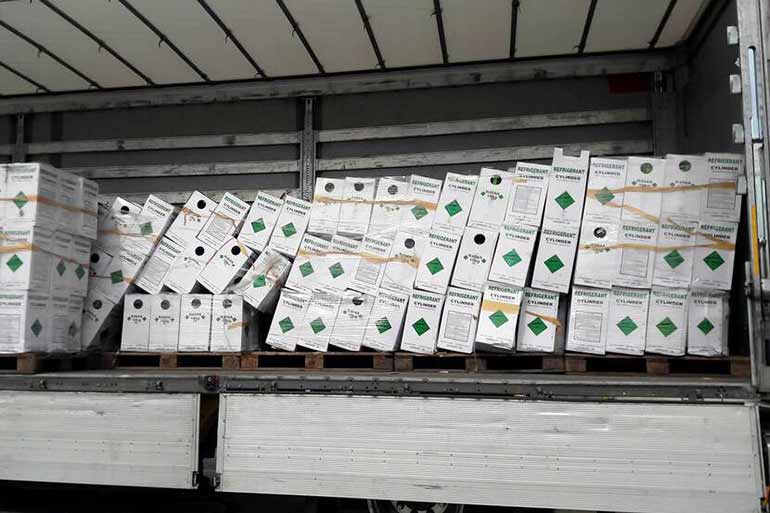 While the aims of the two organisations would normally be considered to be diametrically opposite, their views on the illegal trade in HFC refrigerants, and ways to combat it, generally concur, albeit, perhaps, for different reasons.

In a joint submission with other environmental NGOs, the EIA maintains that the online sale of F-gases – recognised as a key route for the illegal trade – should be restricted to “genuine F-gas quota holders” through a process of mandatory certification or through registration in the F-gas portal. It also insists that there should be requirements to ensure that undertakings are competent to handle F-gases.

“Moreover, the sale of F-gases through online marketplaces, such as Facebook, Amazon and EBay, should be banned,” it says.

The EFCTC also calls for either a ban for F-gases sales on on-line marketplaces or the introduction of mandatory certification for undertakings selling bulk F-gases online.

The two groups also largely agree on the setting of minimum penalties across EU member states for non-compliance. The EFCTC insists that current penalties in many member states “are too low to act as any sort of deterrent” to illegal activities. The EIA concurs, insisting that it would “be more effective to set minimum penalties for non-compliance, requiring both civil and criminal sanctions, in addition to maximum administrative fines”.

Illegal refrigerant seizures create a dilemma for customs authorities since confiscation or seizure comes at a cost for storage and destruction and the revision proposals prohibit re-export.

Both groups suggest funding for its destruction should be provided by the EU. The EIA says the EU should establish a fund to assist member states with the costs of confiscation or seizure and subsequent transport, storage and destruction, funded by the revenue from the quota allocation fee. The EFCTC asks that guidance is mandated for the disposal of confiscated products, containers and equipment being illegally imported into the EU and funding be allocated to the member states for destruction, if that is their chosen option.

While there is broad agreement on some issues of illegal trade, the EIA goes further on a number of points including the definition of “refillable container” in respect of the ban on disposable cylinders.

However, in most cases of illegal trade this still contravenes the F-gas regulation 517/2014. Article 2 (13) of the regulation defines a non-refillable container as a “container which cannot be refilled without being adapted for that purpose or is placed on the market without provision having been made for its return for refilling”.

As first revealed by the Cooling Post, many online sellers either ignored this requirement, offering no mechanism for its return, or maintained that the cylinder became the property of the purchaser. Even some “legitimate”, quota-holding refrigerant sales companies were, and maybe still are, in breech of this regulation.

In its feedback document, the EIA says: “It is unclear what evidence must exist of such “provision” for return for refilling or how it is to be provided, raising the risk that refillable containers will simply be used as non-refillable containers (also prohibited) – a particular problem in illegal HFC trade.

“To this end, the Commission should be empowered to adopt delegated acts outlining the evidentiary requirements to satisfy this requirement,” it adds.

While both groups support connecting the F-gas Portal to the EU Customs Single Window Environment Certification Exchange System, the EIA goes further in calling for a removal of the licensing requirement exemptions.

The EIA argues that the licence exemptions in Article 20 will “significantly undermine its effectiveness through the creation of loopholes which can be abused by illegal traders”.

It argues that HFCs should be included in the licensing system, in line with the approach taken by the Montreal Protocol. “Undertakings importing or exporting any HFCs, whether or not for purposes that are exempt from the HFC phase-down, should be required to register in the F-gas Portal and to have a valid licence. The exemptions listed under Article 20(4) should be deleted,” the EIA says.