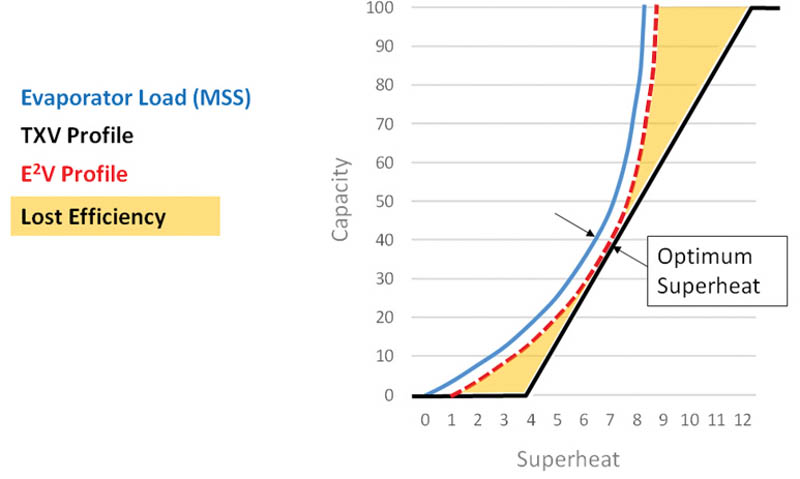 I don’t know what you think, but it seems that in today’s language, the term technology is always associated with speed.

Communication speed and high-speed control are concepts – and just like in the general meaning – refrigeration and air conditioning applications are also synonymous with value and objects and/or services that users are willing to pay more for than competing products with lower performance and/or quality.

In other words, technology is something that ‘counts’, as it offers advantages over cheaper solutions that would otherwise not be distinguished from the competition. So, how can the value of a certain product and/or service be understood when this does not simply depend on the commonly-accepted concepts of value as described above, or cannot be conveyed by a brief advertising message? I believe that electronic expansion valves (EEV) are a perfect example of this.

EEVs as they are commonly called, in fact, ensure far superior performance to traditional thermostatic valves, as they not only manage the actual expansion process, but also modulate the flow-rate based on the different parameters and needs that are defined in real-time based on information that is continuously acquired.

As a result of these capabilities, EEVs are the most advantageous solution, adding value in terms of energy savings in both the immediate and long term, and thus savings in total operating costs.

Indeed, the use of an electronic valve can save an estimated 5% a year without any other changes to the circuit, and up to 30% when used on a heat pump with a brushless direct current (BLDC) inverter compressor.

Furthermore, through the combination of electrically-controlled movement and smart control algorithms, EEVs can work at very high speed, allowing extremely rapid responses to any transient conditions. Certainly, the best electronic valves can cover the entire stroke in a very short time (around 3 seconds), approaching the closing speed of a solenoid valve, which consequently is no longer needed.

Another major benefit compared to traditional thermostatic valves is the ability to manage a very wide range of refrigerants without any modifications, other than configuring the driver, thus making them ideal for refrigerant retrofits in the field subsequent to system commissioning.

EEV technology is positively impressive when described this way: it makes a concrete contribution to improving our lifestyle, helping us save energy and reducing our impact on the environment we live in.

Following the minimum safe superheat from an evaporator coil we can note that the demand is not a linear request but that of a curved graph. The operations of a thermostatic expansion value (TXV) relate in a linear graph leading to areas of missed opportunity where energy savings and thermal performance can be improved.

The other danger of this is if the TXV were to have its superheat set outside the minimum safe superheat, we are at risk of operating at a lower superheat during the pull down for a fridge.

The other technology we can consider is pulse width modulation expansion valves (PWMs). These would also be considered electronic expansion valves but the operation is quite different. The EEVs would use a method of continuous refrigerant flow where PWM valves would be electrically actuated and this operation would be start and stop control.

The PWM valve still has the ability to control the superheat for an evaporator coil by changing the relationship between on and off time. For example high demand would by long on and short off and low demand would be short on and long off. This brings us to the point that with PWM valves we are adding poor refrigerant feed to the evaporator that would lead to less stable superheat and subsequently less stable suction pressures that the compressor would have to combat. 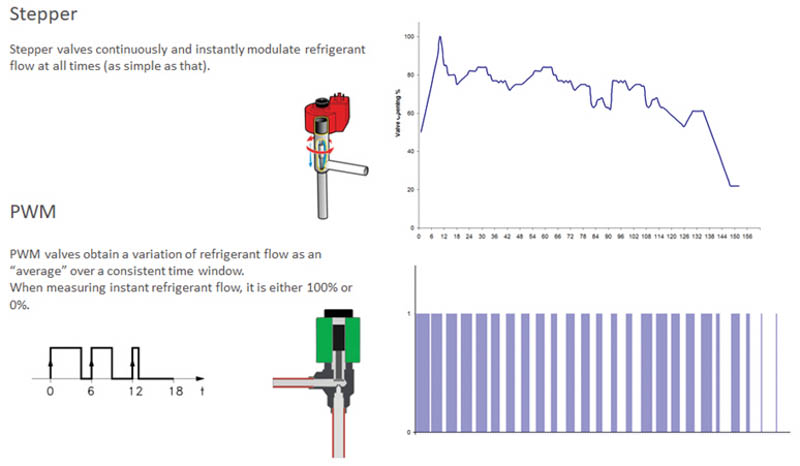 With the EEV we have a solution for such an event where we use capacitors to store electrical energy. During the power failure the controller will take this power and use it the close the EEV to prevent any liquid migration.

A secondary use for an EEV is for custom applications that are not necessarily superheat control. Using an EEV in conjunction with a PLC we can have the valve modulate for other needs such as oil control, liquid injection, vapour injection and tank pressure modulation. These applications can be found in today’s new BLDC technology as well as CO₂ transcritical solutions for high pressure valves and flash gas valves. 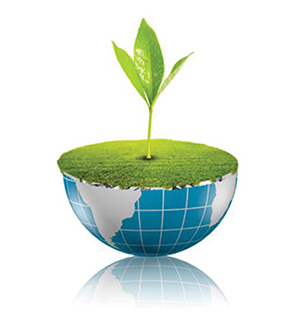 EEVs are the most advantageous solution, adding
value in terms of energy savings in both the immediate
and long term, and thus savings in total operating costs.
Image credit: Carel Controls South Africa