Home » Radisson takes on OR Tambo hotel and conference complex

Radisson takes on OR Tambo hotel and conference complex

The development, located in the fast-expanding suburb of Bredell – north-east of Johannesburg – was the original site for an established conference venue and stayover guesthouse.

Owned by Akani Properties – a pension fund investment company – what is now known as the Radisson Hotel & Convention Centre O.R. Tambo, had its fair share of design changes as the project progressed. These varied from the number of rooms to kitchen facilities shifting from the ground floor to the basement, to additional floors being added. The appointment of the operator also bounced around until settling on Radisson.

Marketed as a top leisure destination situated near Africa’s busiest airport, the 5-star hotel features over 280 spacious and luxurious rooms that primarily service delegates from the conference facility, but also caters to upmarket travellers and locals with its modern facilities, rooftop restaurant and bar, ground level swimming pool and rooftop leisure pool, as well as a separate spa and wellness centre within the complex – all falling under the Radisson brand.

The hotel within the complex is linked to the originally planned boutique-style venue that was to be known as Destiny Hotel as well as the long-established existing conference centre, which the client had bought several years ago, and which forms part of the same site. These facilities were subsequently upgraded to meet Radisson standards when the larger hotel was added, and the re-naming occurred.

The signature restaurant above the hotel, called Level Seven, is also the first in the chain to be located on a 7th level of a building, adding to the design change adjustments experienced during construction.

Amongst the hotel’s other luxury facilities is a casual lounge, regular rooms, luxury suites and a presidential suite, a regular dining centre, pool deck and ground level bar.

Before Radisson came on board in this complex there wasn’t a hotel operator, and because they only entered late in the project timeline, there were some design changes that had to be made to the systems, which of course were still possible.

The development, already being so far along, naturally meant that meeting 100% of the Radisson brand standards was not possible. No one was able to comply fully as it would have meant significant financial implications to the client, amongst other factors.

Radisson, as with many other larger operators, has customised brand standards that must be adhered to, and are essentially easy to achieve in new builds. These include aspects such as engineering design of the building, electrical and mechanical systems, but also include the building structure, a minimum number of rooms and building levels, types of rooms included, and the overall look and feel of the venue. Because this project was just about finished when Radisson entered the picture, GPCE went through the exercise of identifying how many brand standards could still be achieved. This produced a list of compliant and non-compliant elements, which was then accepted by the operator.

Radisson foremost insists on best practice and good engineering design to achieve an energy-efficient building. GPCE always follows best practices and ensures that there is an excellent balance between capital cost and energy efficiency, which was achieved in this project by the selection of equipment, and input on elements such as the performance of glass and glazing of the building. Further, it is always important for GPCE that the correct diversification is used in the selection of equipment.

The hotel building is serviced with air-cooled chillers with one main chiller providing chilled water for all the cooling-only fan coil units and air handlers in the building.

Bathroom extraction and a fan coil arrangement is provided in each room – as you walk into the room the fan coil units are installed in the bulkhead with a grille, supplying air to the rooms. Each fan coil unit also has an electric heater (one of the items that could not meet the initial required specifications).

The room passages and corridors are supplied from the heat pump and fresh air unit located on the roof. The internal installation all comprises use of a two-pipe system and the electric heaters as mentioned.

The bedrooms all function through a key operating system, so the air conditioning units are only turned on when a guest places their key into the key slot in the room. This also activates the other electrical elements in the room such as lighting.

There are several fan coil units feeding the ground floor where the lounge area, lobby and dining room is located. The basement (below ground level) is where the main kitchen is located and is air conditioned through an air handling unit connected to the main chiller. The makeup air for the kitchen is through a dedicated heat-pump chiller and air handling unit to provide tempered fresh air into the kitchen, which has a fairly large preparation area.

The extraction from the basement section is executed via an ecology unit. The fan discharge is achieved through a strategically used signage tower at the back of the development to aid in the building aesthetics. The ecology unit was selected because the extraction didn’t go all the way to roof area and removes any smells and odours, as well as smoke from the basement. It also enables air discharge in close proximity to the common areas.

The basement parking contains CO₂ sensors that enable additional energy-efficiency by not having to operate the extract fans continuously. This function is activated by the buildings high-level building management system (BMS) which also only monitors the chillers, and critical supply, water tanks, cables, and so on. Monitoring of the system only was another element that was not in accordance with Radisson brand standards. Typically, Radisson requires an intricate BMS system which would integrate security, access control, lifts, air conditioning, water, and energy monitoring, however this was not possible to add so late in the process.

The upgrade to the boutique hotel was ongoing at the time of publishing. This particular element of the complex would be used to introduce a long-stay apartment option in a boutique type of room and will receive new direct expansion multi split units.

The Amani Spa, also branded under the Radisson name, is a new building. The previous structure was gutted and rebuilt according to the facility’s particular needs. Here too, the building’s various spaces are being conditioned by direct expansion split units supplied by both LG and Samsung. The signature restaurant, Level Seven, and rooftop bar are fitted with some fan coil units as well as direct expansion units. The three separate wine and high value spirits storage rooms each have their own split units.

One of the main installation challenges for the contractor was working and scheduling amongst the many other contractors that were on site.

A particular design requirement for the kitchen’s food preparation areas, was that the client wanted a specific temperature for the kitchen. In the usual means of doing this GPCE would supply canopy extraction and filtered make-up air from outside, however this wouldn’t have worked for this application because of the specific temperature need. GPCE therefore designed and installed a hybrid type evaporative cooling unit to provide cooling in summer by means of evaporation, and in winter by means of a small heat pump arrangement to heat the air coming into the kitchen. This was supplied by Ecoaire.

The unique elements in this project came around through some specific requirements using a heat pump chiller for the make-up air on the air handlers and makeup air on the passages and corridors.

The system that GPCE designed into the restaurant kitchen, is itself a very economical way of achieving a lower temperature with a heating and cooling function without actually installing a whole air conditioning system.

Air distribution was certainly another challenge and unique element for the design. A competent interior designer was on board who had quite stringent requirements with many of the diffusers – for example needing to be hidden, and many special types of diffusers – such as slot and radials where possible to meet the desired aesthetics. GPCE did meet all requirements where both the architectural and interior design teams were well pleased.

Bedrooms are always a challenge, specifically the distribution of air into the space to ensure that air doesn’t dump on the beds. The way the air is taken out of the bathrooms was another notable element in this project because the bathrooms were essentially a combination of the bedroom in an open plan style. Achieving decent distribution and getting return air out of the bedrooms is always a unique challenge while meeting both interior requirement and functionality. 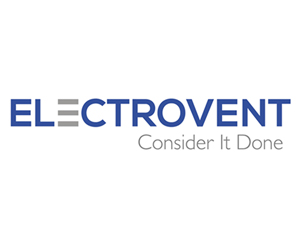 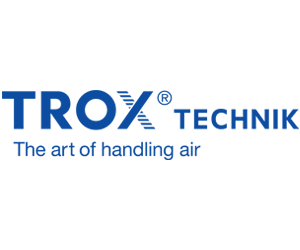