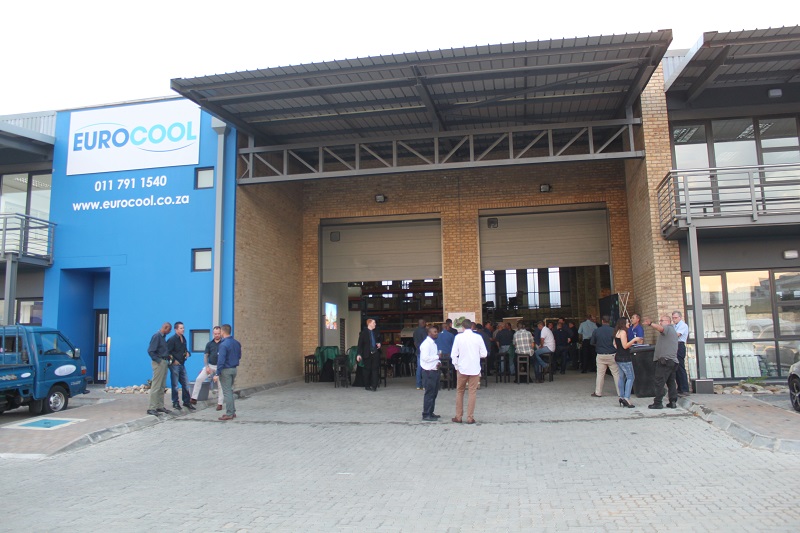 To officially launch the Bitzer Bonanza campaign, Eurocool hosted suppliers and clients in February at their offices in Randburg.

Guests witnessed the technology of the Bitzer Ecoline semi-hermetic reciprocating compressor. The compressor was installed in their Ecostar condensing unit and was running throughout the evening.

The Ecoline series is optimised especially for R134a, offering favourable characteristics for medium temperature and heat pump applications. This includes extra high efficiency, moderate pressure levels with reduced leakage rates, and the lowest GWP value of all non-flammable HFC refrigerants. Johannes de Bruin, application engineer at Bitzer broke down the properties and efficiencies of the unit.

Randburg branch manager, Preston Govender, announced that Eurocool is running a promotion with the Bitzer compressor. The promotion runs until July, with one Bitzer compressor giving buyers a ticket to the draw. Should a customer have not bought a Bitzer Compressor from Eurocool from January 2019 to December 2019 and you buy one Bitzer in the Bitzer Bonanza promotion period, you will qualify for two tickets in the lucky draw.