There are several ways it is possible to reduce charge without compromising performance. The optimisation of refrigerant charge has always been a key part of designing cooling systems and balancing their efficiency, reliability, performance and cost, and refrigeration engineers are once again looking at refrigerant as a key piece of the puzzle.

The two main reasons for this are, firstly, the fact that refrigerant prices are rapidly increasing in parts of the world. This is largely driven by dwindling supplies as traditional options are being phased down under European F-Gas regulations, with the aim of reducing emissions from industry to 70% below 1990 levels by 2030 and decrease the EU’s emissions of fluorinated greenhouse gases (F-gases) by 70 million tonnes (mt) of CO2 equivalent, to 35 mt of CO2 equivalent by 2030.

In addition, other measures to limit the production of greenhouse gases under the Kyoto, Montreal and Kigali protocols have also had an effect. As a result, some refrigerants saw huge price increases, which can be attributed to stockpiling during the ongoing EU-wide phase-down of hydrofluorocarbons (HFCs) and the global HFC phase-down, which began in 2019. 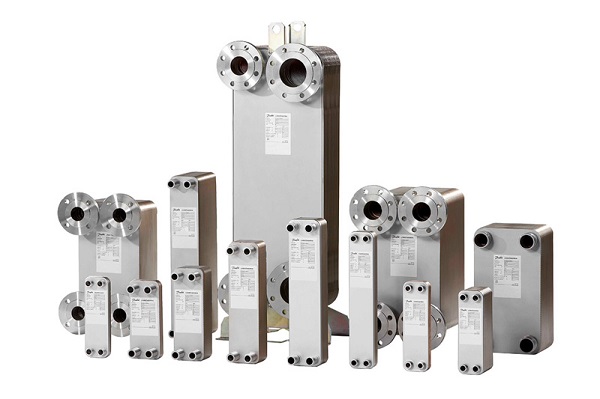 A high proportion of charge can be found in the heat exchangers, so their design has a significant impact on a system. Image credit: Danfoss

Secondly, the move to reduce Global Warming Potential (GWP) has resulted in growing use of flammable alternatives. In such cases, having less refrigerant charge materially increases the number of applications where a system can legally and safely be used.

So, in the current climate, reducing refrigerant charge is a key part of gaining a competitive advantage for both manufacturers and installers, while also satisfying end users, and maintaining profitability.

The advantages of reducing refrigerant

Supplies of traditional refrigerants are being reduced and replaced with new alternatives, but the costs of certain refrigerants are unlikely to drop in the short term. These fluctuating costs and supplies mean that designing for lower refrigerant charge also reduces a manufacturer’s exposure to risk should there be changes at short notice.

Reducing charge can also significantly improve installation flexibility. A reduced charge means A2L, A2 and A3 refrigerants can be used in a greater range of settings too, as it becomes easier to satisfy certain standards.

In addition, easier installation implies easier servicing. By making units simpler and lower in charge, servicing and maintenance can be carried out faster and more safely, further reducing total cost of ownership and offering a competitive advantage.

Reducing refrigerant charge can potentially make systems safer, more flexible, and more competitive. This can be achieved in several different ways, while at the same time possibly bringing additional benefits to the system’s full and part-load efficiency, or overall size.

Danfoss has identified a number of approaches that engineers can take to reduce refrigerant charge, without compromising on safety, efficiency, or cost. These include: