Home » Around the world, cities race to adapt to a changing climate

Around the world, cities race to adapt to a changing climate

In Tanzania’s commercial capital, Dar es Salaam, one of Africa’s fastest growing cities, families come to enjoy the scenic coastline along Barack Obama Drive, gazing out into the vast Indian Ocean. This would have been impossible a few years ago, when this part of the city’s coastline was near collapse, battered by increasingly violent waves fed by climate change. Locals can still remember when salt poisoning from the rising seawater killed the line of trees that once flanked the coastal promenade.

With support from the United Nations Environment Programme (UNEP) and the UN Office of Project Services, the construction of the seawall – built to last a century – reclaimed this area of the city. It now thrives as a flourishing business and recreation area, packed with families on holiday and newlyweds posing for photographs. For some, the wall has become a powerful symbol of hope in the face of the climate crisis, which is ravaging communities across the Indian Ocean.

This year’s World Environment Day, which falls on 5 June, marks the four-year anniversary of the official opening of the seawall. “Now opportunities are back again,” said William Buco, a local engineer and father-of-five.

Dar es Salaam is one of a growing number of cities around the world that are racing to adapt to a changing climate. Rising global temperatures, fed by human-made greenhouse gas emissions, are wreaking havoc on finely tuned climate systems everywhere from Mexico to China. Adapting to these changes is widely regarded as one of the biggest challenges of the next century and could cost developing countries alone up to USD 500-billion per year by 2050. 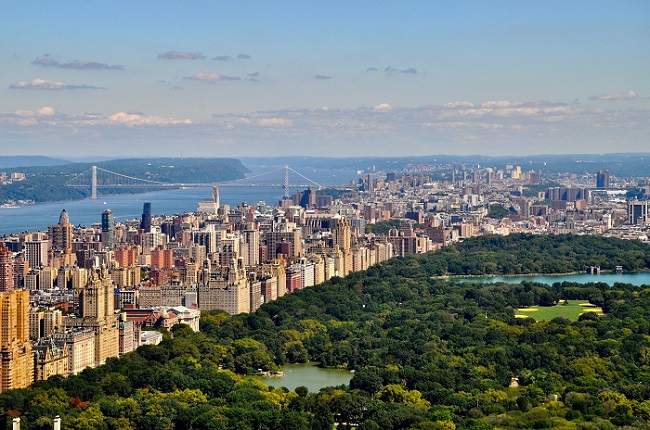 Restoration of natural ecosystems in cities has been a major drive in the management of climate change impacts. Image credit: Daria Sophia | Pixabay

Cities, which are responsible for 70 per cent of our greenhouse gas emissions, are home to over half of humanity, a number projected to hit 68 per cent by 2050. The oncoming age of climate breakdown is coinciding with the largest wave of urbanisation in human history, as hundreds of millions of people migrate into cities, of which many are already suffering from climate impacts.

This noxious mix of population density and an unstable climate gives way to a cocktail of urban catastrophes, from water shortages to mega floods to heatwaves. The latest Intergovernmental Panel on Climate Change (IPCC) report, produced by 270 scientists and researchers, notes that “an additional 350 million people living in urban areas are estimated to be exposed to water scarcity from severe droughts at 1.5°C warming.”

Yet cities also pose major opportunities, not necessarily despite the growing urbanisation but in some cases because of it. Although the IPCC report makes clear the threat cities face, it also maps a set of options for urban adaptation. “Global urbanisation offers a time-limited opportunity to work towards widespread and transformational adaptation and climate-resilient development.”

“Cities are both a hotbed of climate threats and a hotbed of climate solutions,” said Jessica Troni, Head of UNEP’s Climate Change Adaptation Unit. “More and more cities are developing adaptation plans, and we’ve seen cutting-edge innovations across the world, from rainwater harvesting systems to green infrastructure. There’s no doubt that the need to adapt to climate change and urbanisation can force us to re-imagine how our cities are built – and for the better.”

With that recognition, UNEP has been lending its technical support and helping governments access adaptation finance with a vast network of projects across the world’s major cities.

These projects are tackling an assortment of climate disasters, like droughts, flooding, and heatwaves. In doing so, they’re using a collection of strategies, including restoring ecosystems to absorb climate impacts, building weather stations and early warning networks, encouraging governments to develop city adaptation plans, and investing in rainwater harvesting technologies.

The practice of using ecosystem restoration to tackle climate change is increasingly popular worldwide, as evidenced by the launch of the UN Decade on Ecosystem Restoration. During the last UN Environment Assembly in March, there was a clear interest from member states for these kinds of approaches to climate change – particularly due to their holistic benefits – demonstrated by the new resolution on the universally agreed definition of nature-based solutions.

Energy-efficient, climate-friendly cooling could also avoid as much as 460 billion tonnes of greenhouse gas emissions over the next four decades, according to the Cooling Emissions and Policy Synthesis Report, demonstrating why the race for sustainable cooling is crucial for both reducing global emissions and building resilience.

A Practical Guide to Climate-resilient Buildings and Communities, published by UNEP last year, shows how buildings and community spaces can be constructed to increase their resilience to heatwaves and a whole host of other climate impacts – be it droughts, floods or wildfire. While many cities are embracing the need to adapt to climate change, UNEP’s Adaptation Gap Report 2021 finds there is an urgent need to do more.

“The story of how nations tackle climate change will necessarily be a story of how we redesign and rebuild our urban environment,” said Troni. “The more we delay, the bigger the challenge becomes.”